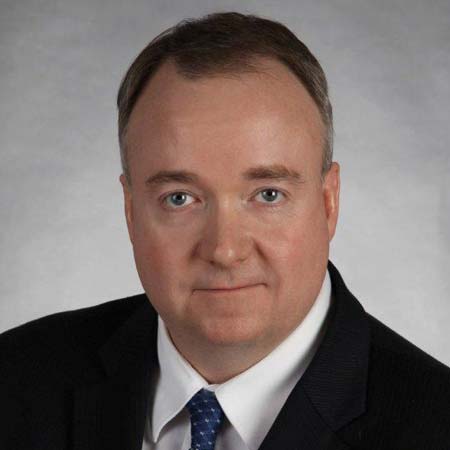 Areas of Practice:
David E. Mitchell is a shareholder practicing in the areas of labor and employment, municipal law/school law, administrative law and appellate law.

Admitted to practice in Pennsylvania in 2001.

Admitted to practice before the Western District of Pennsylvania.

After college David supervised bus drivers for a homeless shelter in Richmond, Virginia, where he also supervised homeless shelter residents two nights a week. David later worked for two Area Agencies on Aging, one in Richmond, Virginia, and the other in Richmond, Indiana, in programs that helped older adults remain in their own homes. After obtaining a graduate degree in gerontology, with a concentration in program administration and coursework in public administration, David worked for the City of Pittsburgh for five years where he supervised employees and volunteers as the Director of a senior community center. Following law school he worked for the Honorable Joseph Hudock of the Pennsylvania Superior Court.

David developed an interest in labor and employment law due to situations he observed in the workplace and a Human Resource Management class he took in graduate school. In 2007, prior to joining Campbell Durrant, P.C. David advised private sector employers regarding labor and employment matters for another firm. David’s current clients include private sector employers, counties, municipalities, authorities and educational institutions. David represents clients in labor arbitration hearings and at the collective bargaining table. He also regularly counsels clients regarding labor and employment matters and represents clients before various governmental agencies, including the National Labor Relations Board, Pennsylvania Labor Relations Board, Equal Employment Opportunity Commission, Pennsylvania Human Relations Commission, U.S. Department of Labor, state and federal courts, and civil service commissions.

David grew up in Northeast Ohio, but attended college in Western Pennsylvania. He now lives in the North Hills with his wife and two daughters. Despite his Ohio roots, he also has strong Pennsylvania connections. Members of his mother’s family immigrated to the United States and settled in Westmoreland County and Cambria County in the late 1800s and early 1900s.

David served as a founding board member for a local low income legal services program and coordinated the Allegheny County Bar Association’s Backpacks for kids program for its first two years.