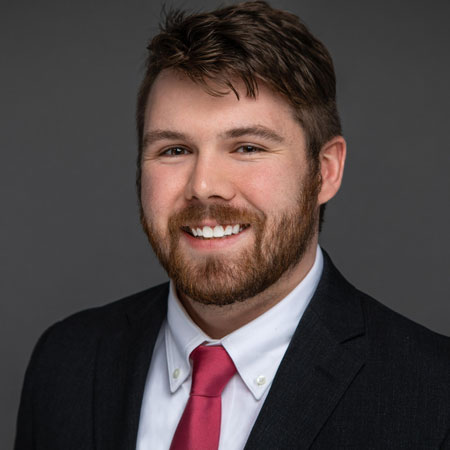 Areas of Practice:
Jonathan F. Whalen is an associate practicing in the areas of labor and employment law and municipal law.

Admitted to practice in Pennsylvania

Jonathan graduated from the University of Pittsburgh School of Law in 2020, where he served as a Managing Editor on the Journal of Law and Commerce and earned the CALI Award for Excellence in Employment Law. During law school, Jonathan volunteered at the Christian Legal Aid of Pittsburgh clinic, assisting attorneys who helped individuals in poverty, and interned with both the Pennsylvania Innocence Project, where he assisted with the petitions of inmates, and the Allegheny County Office of the Public Defender, where he assisted in the Juvenile Department. Jonathan also spent the summer following his second year of law school with Campbell Durrant as a law clerk, and is thrilled to have joined the firm as a full-time associate. After the bar exam was delayed and moved online, Jonathan sat for the bar exam in his office at the firm.

Jonathan and his girlfriend (whom he met in law school and is also an attorney) live in Shadyside, dangerously close to too many great restaurants and ice cream shops. Jonathan enjoys running, weightlifting, music and sports, and is a massive fan of both the Pittsburgh Steelers and the Beatles, and has “encyclopedic” knowledge about both. He has also travelled to China, where he climbed a portion of the Great Wall, and has two younger sisters from there.